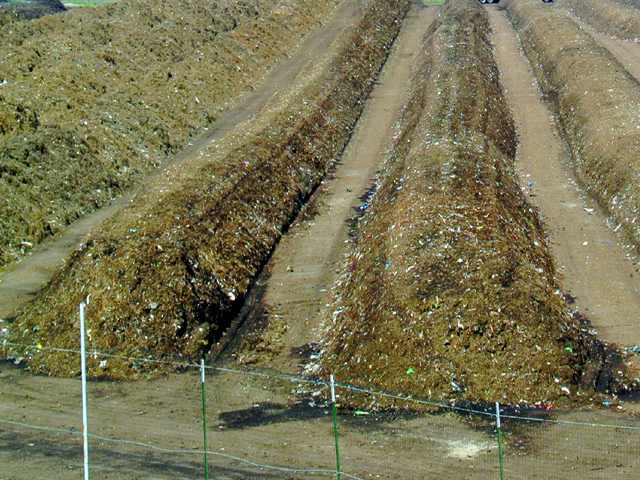 Windrow aerobic method of composting is ideal for processing medium to large quantities of waste and requires comparatively lower CAPEX than any other process. The municipal solid waste is suitable for composting because of the presence of high percentage of biodegradable organic matter, acceptable moisture content and C/N ratio in the waste.

In windrow system, waste is formed into long windrows that are turned by mobile machines periodically to maintain a stable temperature and decomposition, where water is sprayed to maintain appropriate moisture content.

These simple windrow system where it is turned by machines to aerate can be replaced with a little more sophisticated system, which has a network of pipes that force air into the windrows are called “Aerated windrow systems”.